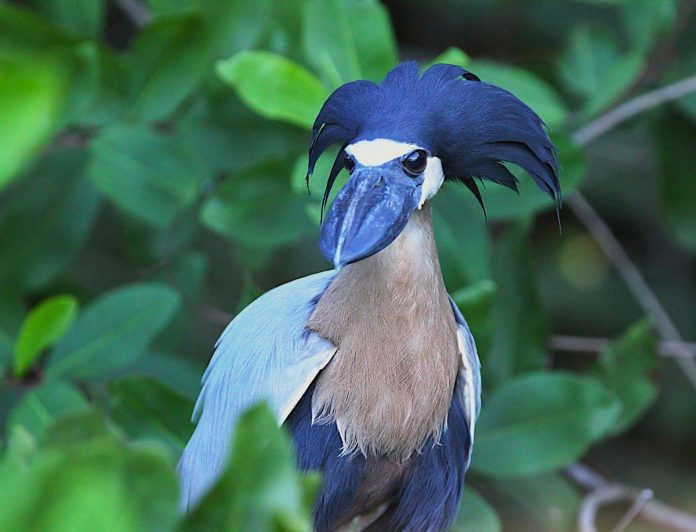 The boat-billed heron (Cochlearius cochlearius), colloquially identified as the boatbill, is an atypical member of the heron family & was formerly placed in a monotypic species, the Cochlearidae.

It lives in mangrove marshes from Mexico south to Peru & Brazil. It is a nocturnal bird & breeds semi-colonially in mangrove trees, laying two to four bluish-white eggs in a twig nest.

The boat-billed heron grows to around 54 cm (21 in) long. Adults are pale grey to white, with chestnut-colored abdomens & black thighs.

The large, broad, scoop-like bill, which gives rise to the species’ name, is mostly black and blue in some species. 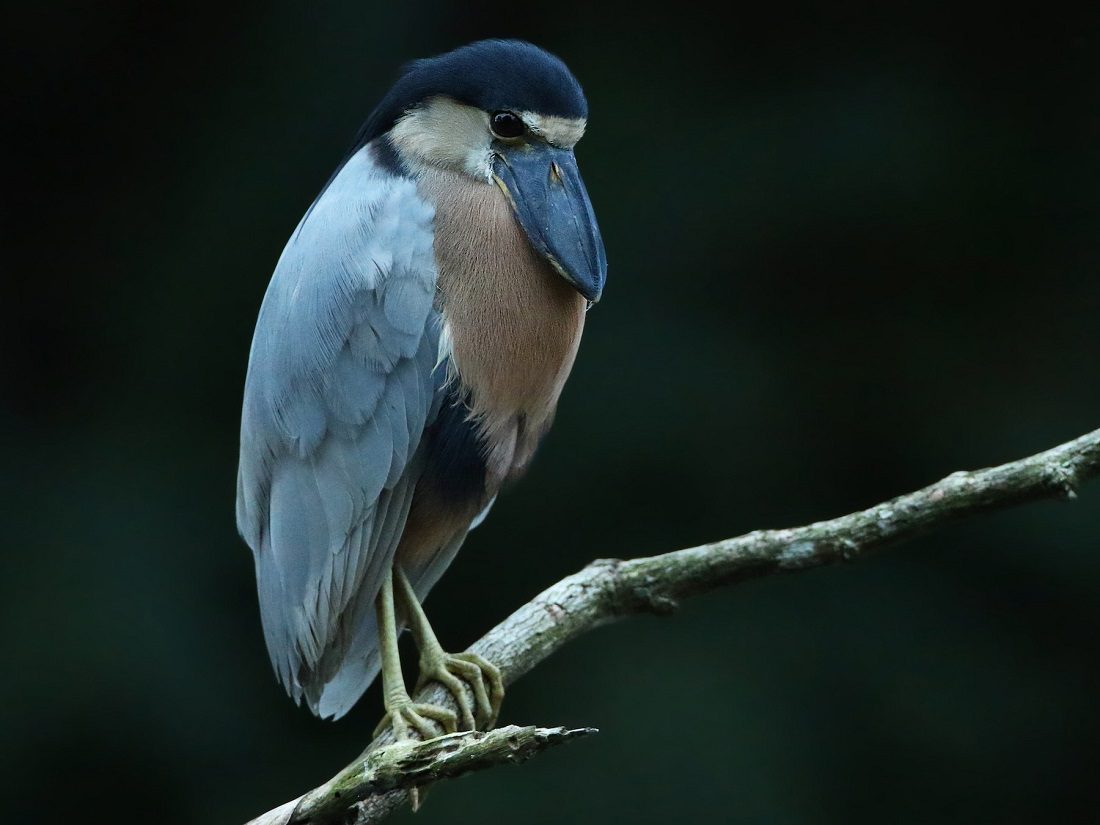 The bird is adorned with a crest used in mate attraction as it is more prominent in males. Males & females are similar in appearance, the main exceptions being that females are slightly smaller, grayer in colour, & have shorter crests than males. 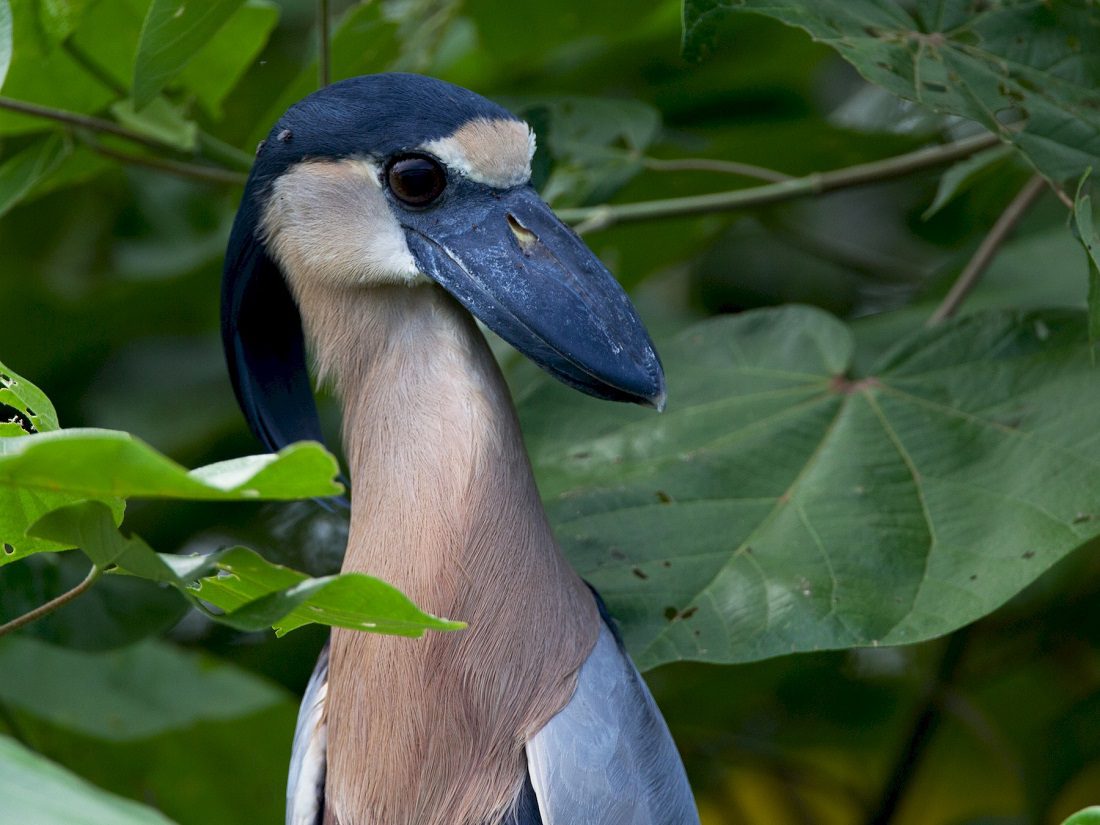 Boat-billed herons reproduce during the rainy season & have been recorded as breeding two clutches during this time, yielding their first clutch in February during the conclusion of the dry season.

Their clutch sizes vary from two to four eggs, including more eggs being laid during the first nesting season than the second. They usually nest in colonies but have been seen nesting solitarily.

What do Boast Billed herons Feed On?

Boat-billed herons feed on shrimp & small fish such as Dormitator latifrons, a variety of sleeper goby. 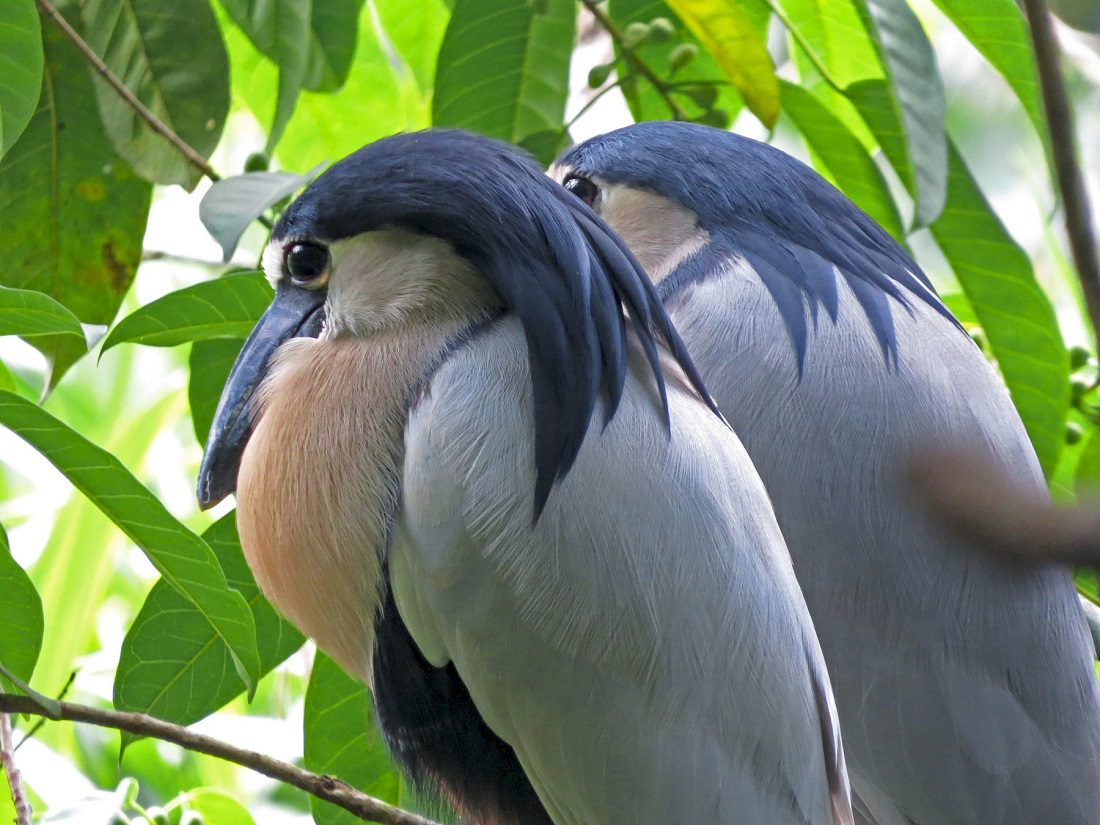 They tend to hunt in vegetative streams, shallow water, & lagoons. When hunting in streams, they use low-hanging twigs & mangrove roots to reach over the water.

In ponds, they will stroll into the water up to 10 cm (4 in) deep or search near the water’s edge.

To catch prey, they will lunge at fish or shovel the surface of the water with their bills that are uniquely shaped for this way of capture.

Boat-billed herons will hunt nocturnally & have been seen leaving the roost 30 minutes after sundown to hunt and feed.

They have also been observed that they do not feed when a light origin is present such as daylight, moonlight, or artificial light.

One study hypothesised that to search for food in the dark & in shallow, murky water, their bills are sensitive to touch, which helps them feel for their prey. 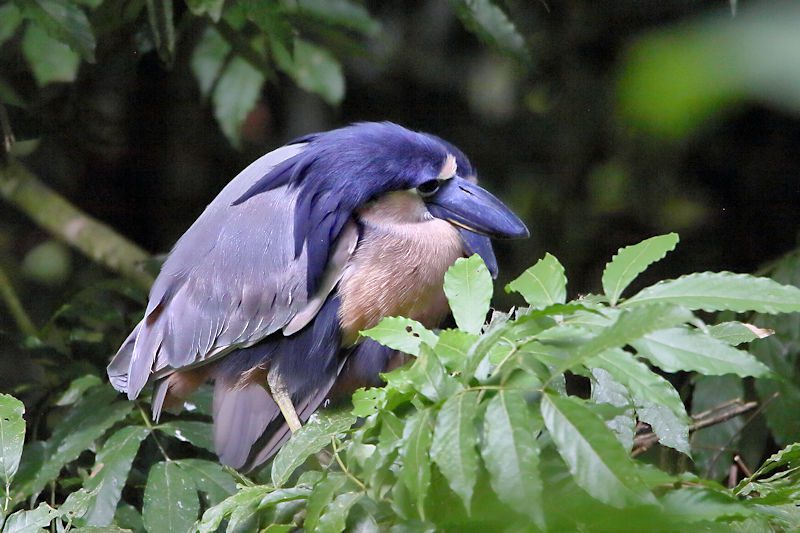 This stocky bird has a big head with large & dark eyes. By day roosts in groups of up to 50 in trees, at nigh solitary when fishing.