While the possibility of travel was often out of reach for most of us in 2020, entrances to the Travel Photographer of the Year (TPOTY) have provided great incentive for future dreams and journeys.

Nearly 25,000 entries were presented to the annual competition from photographers in 147 nations. For the first time, a Russian citizen has claimed the top place, with Vladimir Alekseev scooping the prestigious overall trophy Travel Photographer of the Year 2020.

The contest drew submissions from novice, semi-professional and professional photographers from throughout the globe.

One of those which influenced the judges was of an Arctic fox photographed in a snow blizzard in Spitsbergen. At the same time, another portrayed a complete solar eclipse in Svalbard.

Explaining how he captured the Arctic fox, Alekseev said: “Once on my expedition to Spitsbergen, there was a blizzard. Everything around was equally white. And suddenly I spotted this Arctic fox. He almost merged with the environment. Only his eyes and nose betrayed him.”

A black and white collection of the streets of Lahore in Pakistan awarded 12-year-old Indigo Larmour the title of Young Travel Photographer of the Year award — the second year in a row that she got the title.

The awe-inspiring collection of images offered for the competition features everything from grand landscapes and intimate wildlife pictures to nerve-racking reportage of life under siege in Syria and windows into various societies worldwide.

Mouneb Taim, who acquired the World category’s People, started taking pictures while being under siege in Syria as a child. Born in 2001, he presently works as a freelancer in neighbouring Turkey.

The coronavirus pandemic “inevitably had an impact,” the competition announced in a press release. While some participants presented images taken closer to home than they might contrarily have done due to lockdown limits, others caught the world around them in places they became suddenly stranded.

Italian Pier Luigi Dodi was awarded the lockdown-inspired Close to Home section with an intimate representation of a woman blowing bubbles for her growing son.

Best Single Image’s award went to Belgian photographer Eddy Verloes for his picture of Orthodox Jews taking their everyday exercise on the beach during the lockdown.

Chris Coe, the founder of TPOTY, said in a comment: “Interestingly, when our worlds feel like they’ve shrunk, the list of nationalities winning TPOTY and its categories has grown, with our first overall winner from Russia and other winning entries from Syria, Egypt and the Philippines for the first time, taking the total number of nationalities who have featured amongst our winners over the years to 45.”

Covid restrictions allowing, the exhibit will go on display in London on May 12. However, all of the winning shots can be seen at the TPOTY’s online winners’ gallery. 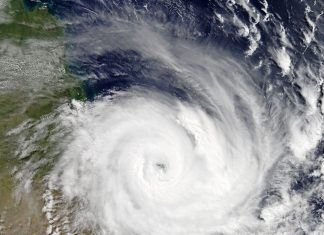 Funny Dogs Reaction To Vet 😆 You’ll LAUGH more than you should!