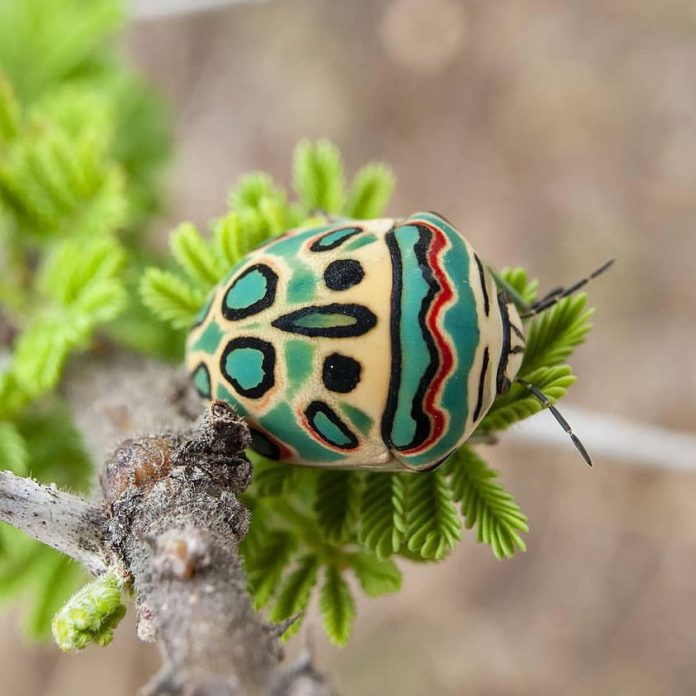 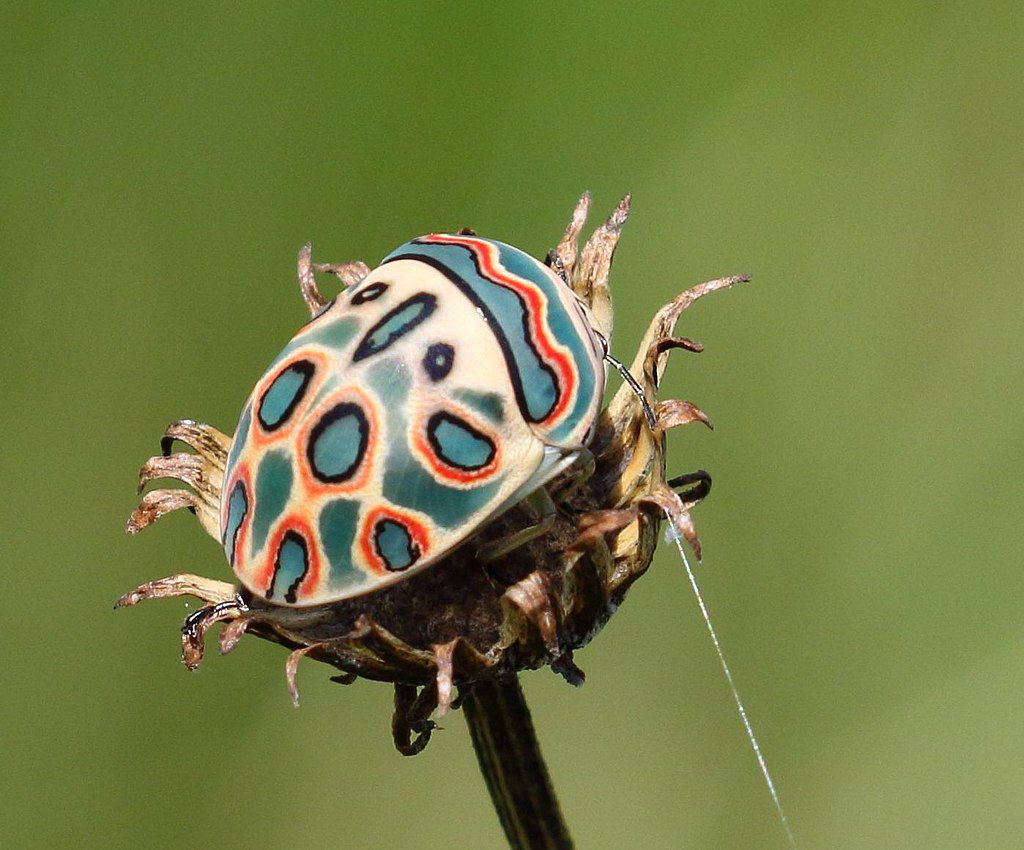 Mother Natures Canvas Has No Limits

However, its various other attributes more than make up for any observed lack of physical size. The magnificent work of mother nature aptly demonstrates the belief that size remains completely irrelevant for beauty.

In addition, this unusual insect also sets itself aside from the vast majority of related creatures for a different reason.

The species does not exhibit any degree of sexual dimorphism. (Scientific name for organisms to display different appearances based on sex). This insect with a dazzling pattern also diverges from beetles by its elongated thorax. 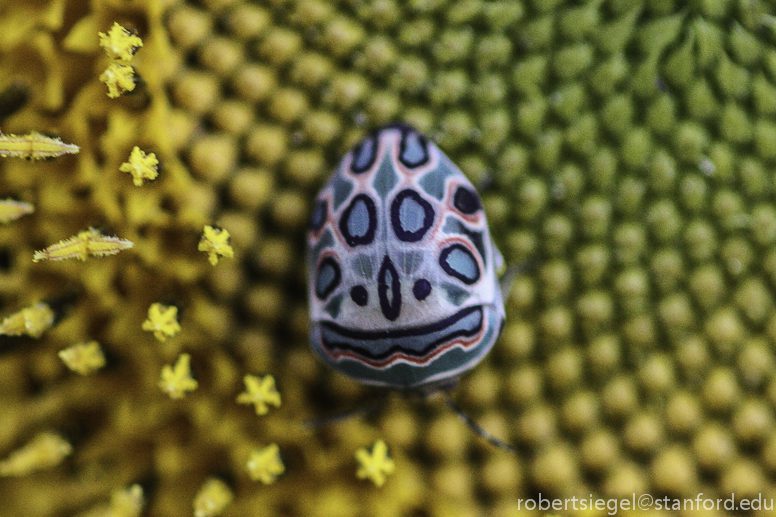 This forms a guard over its abdomen and wings. The stunning Picasso Bug also holds a distinctive appearance. Each specimen typically attains a regular oval shape.

Furthermore, individuals only average approximately 0.25 in (6.3 mm) in body length. Thus, despite its artistic presentation, few people ever see it. Further heightening its wondrous appearance, the background colour typically remains a green colour. Nevertheless, varieties of this pattern exist. 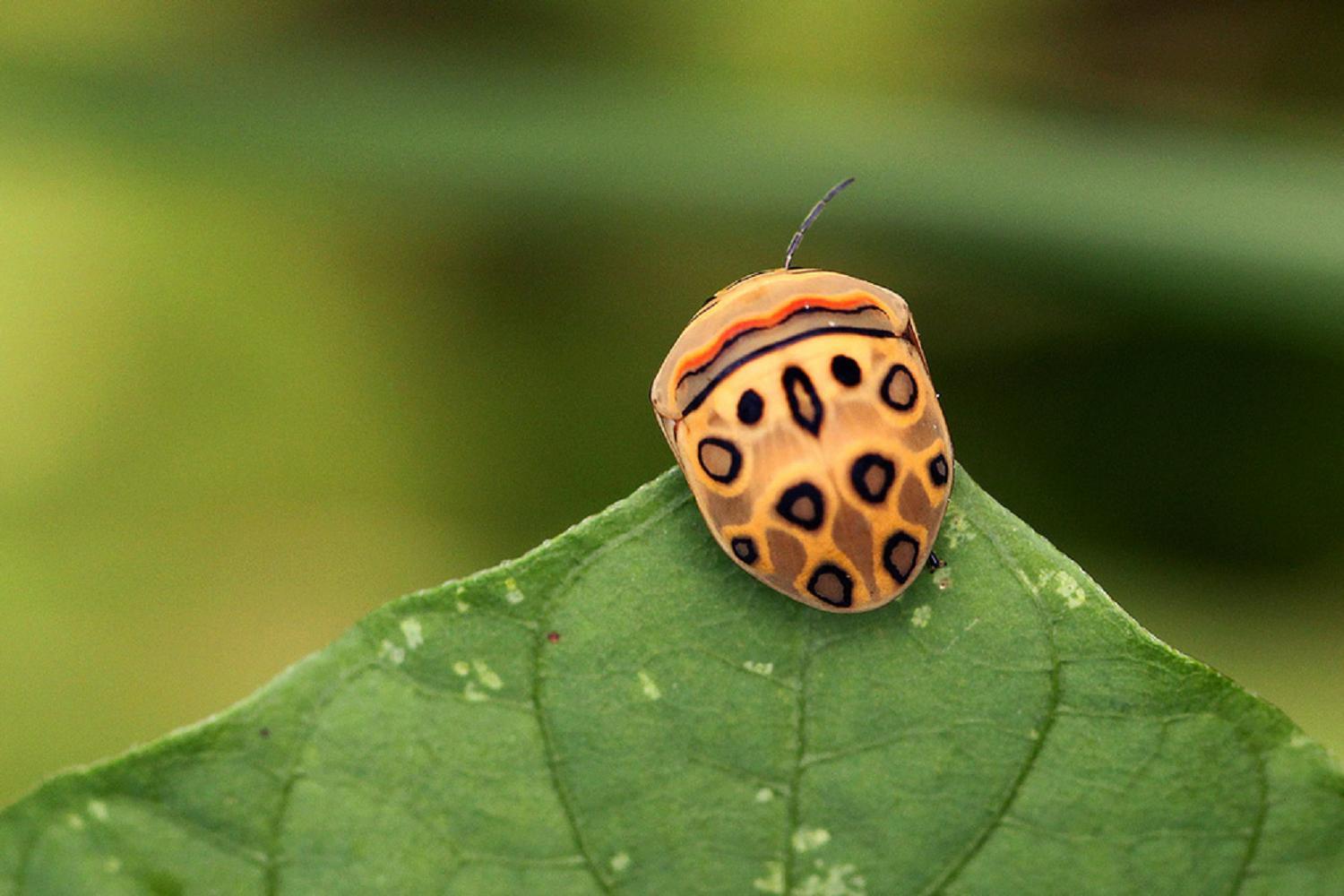 While the precise placement and dimensions of the spots alter, the insect always showcases eleven of them.

The fabulous Picasso Bug developed as native to a reasonably large part of the world. To be more precise, the remarkable invertebrate mainly surfaces in parts of the continent of Africa.

Yet, these compose only a few of the countries in which they can be located. This petite yet mesmerising insect also exists in an environment that might shock many people.

It typically occupies dry, arid regions, such as those located in the sub-Saharan parts of its habitat. It is also a close relative of the stink bug. As a result, it is capable of emitting a noxious odour if disrupted. 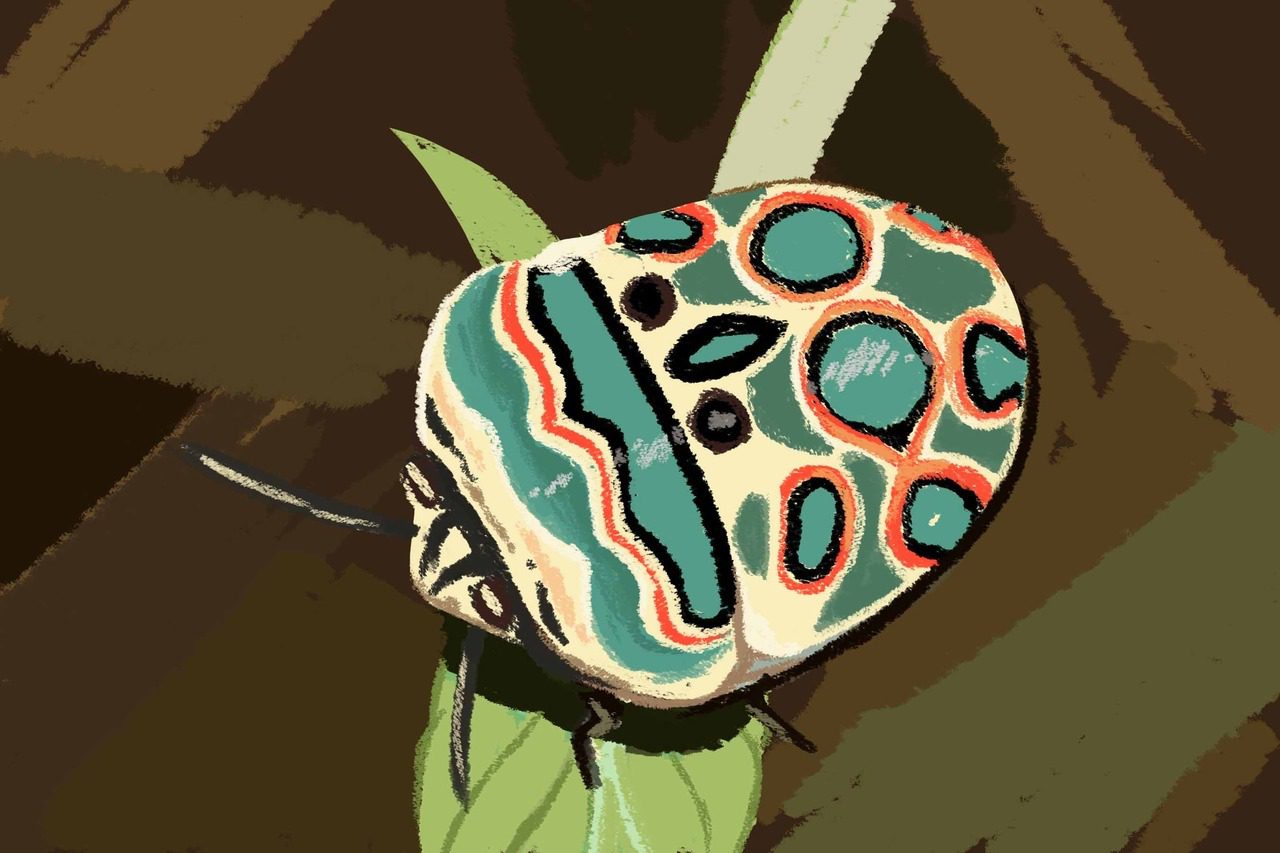 However, this has no known harmful effects beyond a momentary smelly inconvenience. This invertebrate also feeds solely as a herbivore, much like its many kindred species.

The beautifully coloured insect feeds principally upon the extracts of a variety of plants. Quite regrettably, these involve some commercial crops. Although not as brilliantly hued as some similar species, the Picasso Bug nonetheless still stands out due to its Picasso painted shells.

Those have motivated people to make several suggestions and comments. These often state that the bugs look to have been painted by the great artist Picasso himself.