The Australian Wood Duck hatches like other water birds and swims almost immediately.

The Song and Call Of The Australian Wood Duck

The females’ calls are loud and rising, with a long, high pitch: “gnow?” Male calls are shorter and more high pitched, while females have long, loud, rising: ‘gnow?’ When they are feeding, flocks chatter. 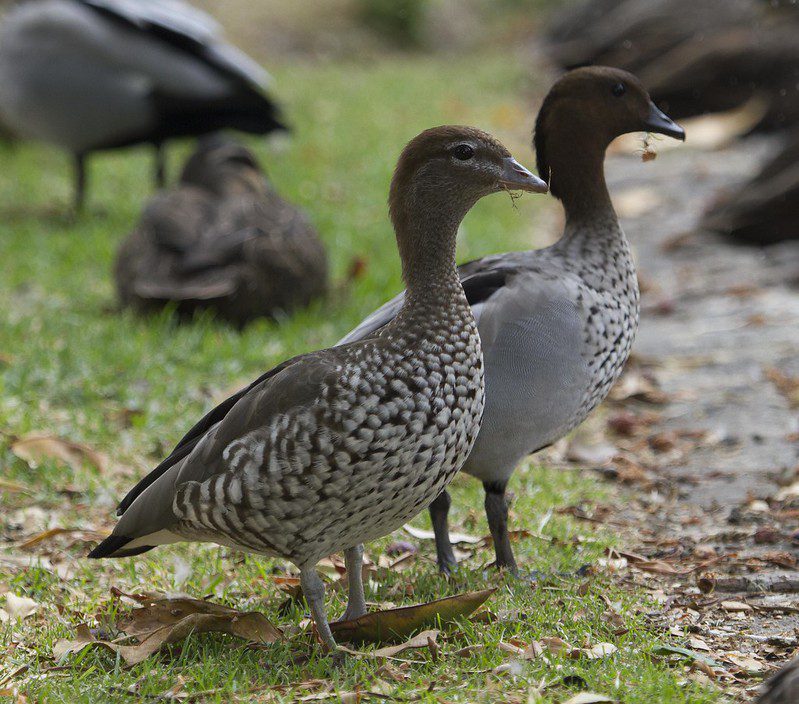 The Australian Wood Duck is a medium-sized, ‘goose like’ duck. It has a dark brown head and pale grey body with two black stripes down the back. The males have a darker head and a small dark mane. They also have a speckled brown-grey belly and black undertail. Females have a paler face with two white stripes above and below their eyes, a speckled breast, flanks, and a white undertail.

The wings are pale grey above and contrast with the black wingtips. There is also a visible white bar on their underside (the secondary). They can be found perched on trees and logs, and they are able to walk well on the ground. They are not able to drink open water if they are disturbed. This species is also called the Maned Duck, or the Maned Goose. 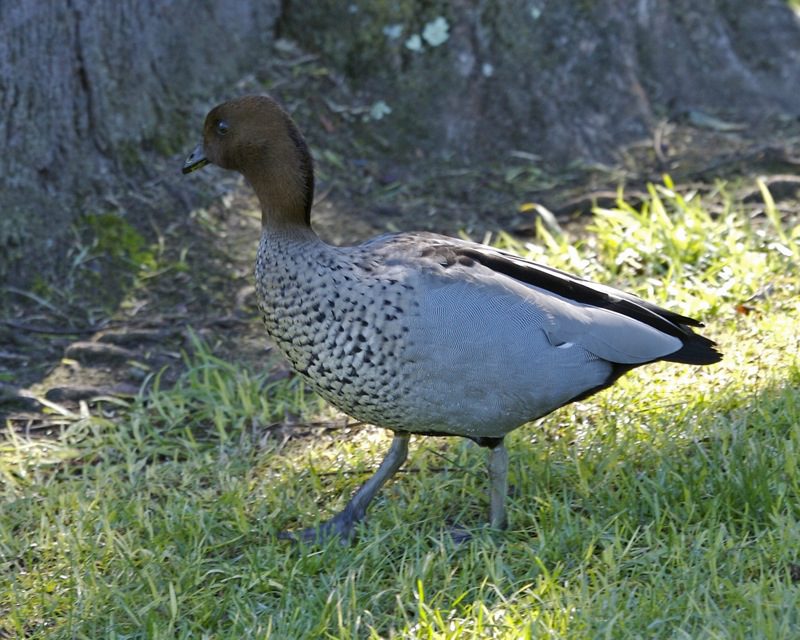 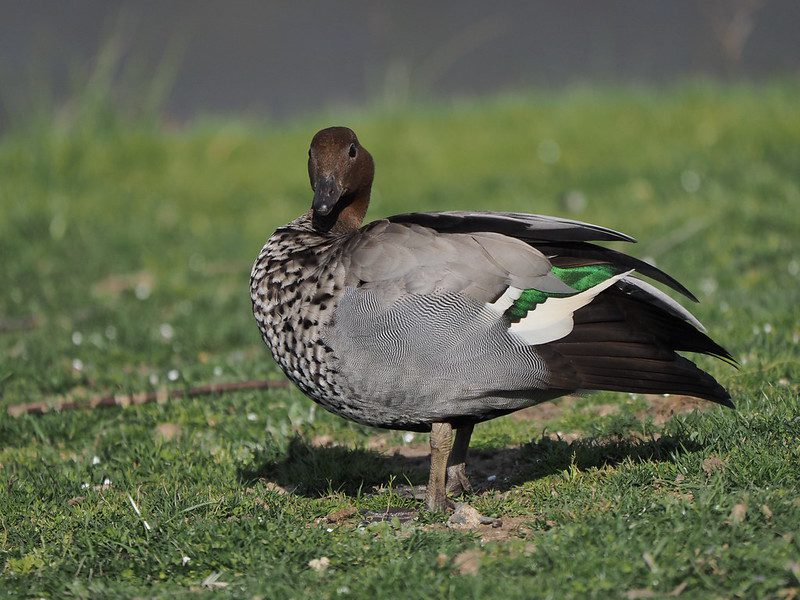 Where Does The Australian Wood Duck Live?

The Australian Wood Duck is a common species in Australia, Tasmania and New Zealand.

The Australian Wood Duck can be found in grasslands and open woodlands, wetlands and along the coast in bays and inlets. It can also be found on farmland with dams as well as in areas around rice fields, sewage tanks, and urban parks. It is often found in deeper lakes, which may not be suitable for other waterbirds. However, it prefers to forage on the ground. 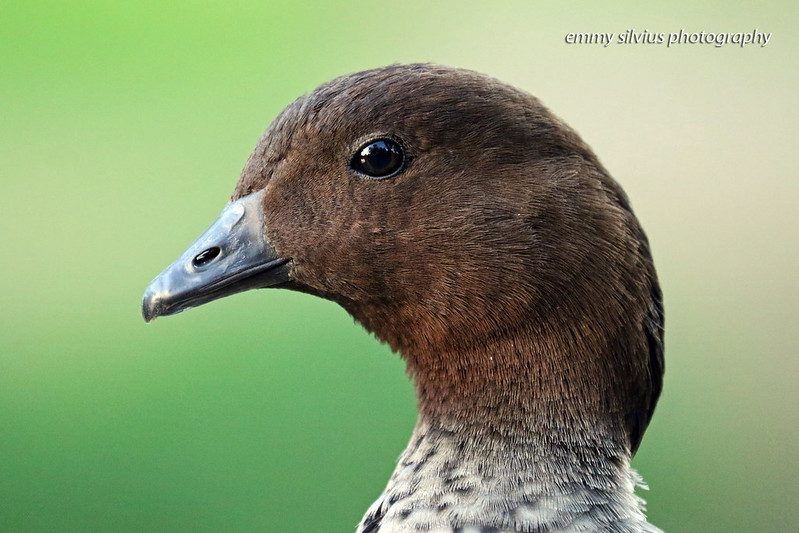 What Does The Australian Wood Duck Do?

Australian Wood Ducks form monogamous breeding pairs which stay together all year. It builds its nest in tree holes above or near water. The parents feed the young birds and they stay with them for up to one month after fledging. 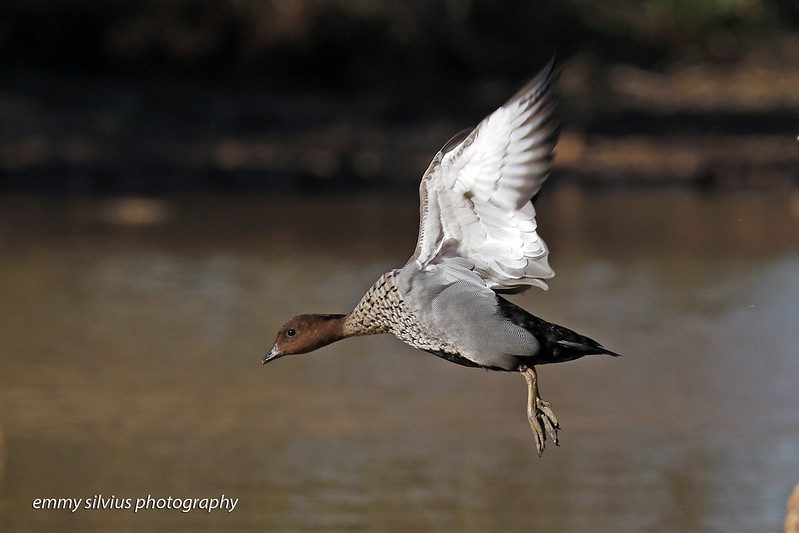 The creation of dams on farmlands has been a boon for the Australian Wood Duck. Sometimes, it can cause damage to crops and pastures.

What is the average lifespan of Australian wood ducks?

The life expectancy of an Australian Wood Duck is between 5 and 10 years. 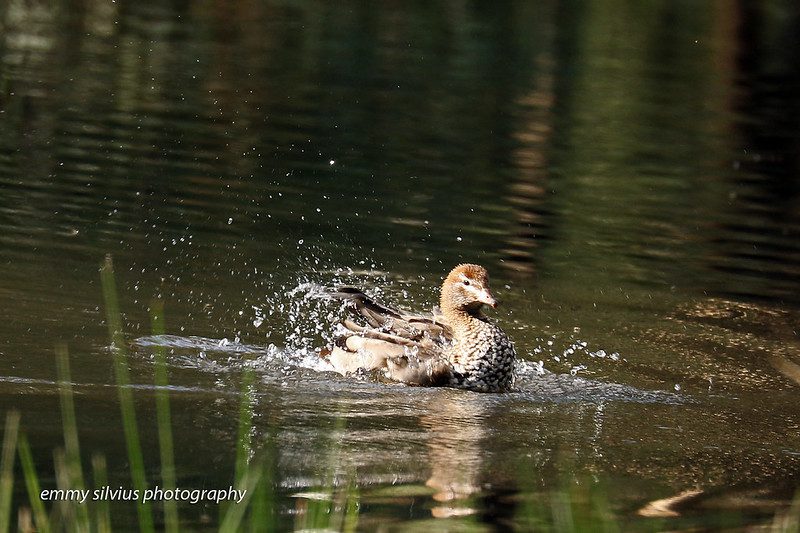 Where is the Australian Wood Duck found?

How many ducklings can Australian wood ducks raise?

After finding their partner, Australian Wood Ducks can get to work – starting a family. Both males and females enjoy being involved in parenting. After heavy rains, Mum will usually lay  8 to 12 eggs while Dad watches the nest for 28 days before they hatch.

Best Funny Cats 😹 And Dogs 🐶 Videos – Try Not To Laugh!