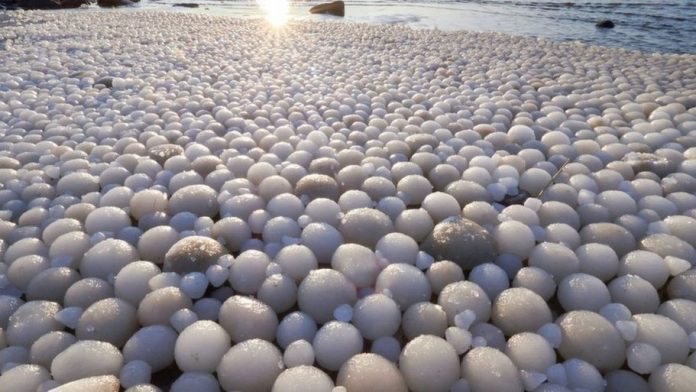 Thousands of egg-shaped spheres of ice have covered the shore in Finland, resulting from a rare weather phenomenon.

Amateur photographer Risto Mattila was amongst those who came across the “ice eggs” on Hailuoto Island in the Gulf of Bothnia connecting Finland and Sweden.

Meteorologists say it is produced by a rare process in which small pieces of ice are turned over by wind and water.

Mr Mattila, of the nearby city of Oulu, told the BBC he had never witnessed anything like it previously.

“I was with my wife at Marjaniemi beach. The weather was sunny, about -1C (30F) and it was quite a windy day,” he told the BBC.

“There, we found this amazing phenomenon. There were snow and ice eggs along the beach near the waterline.” 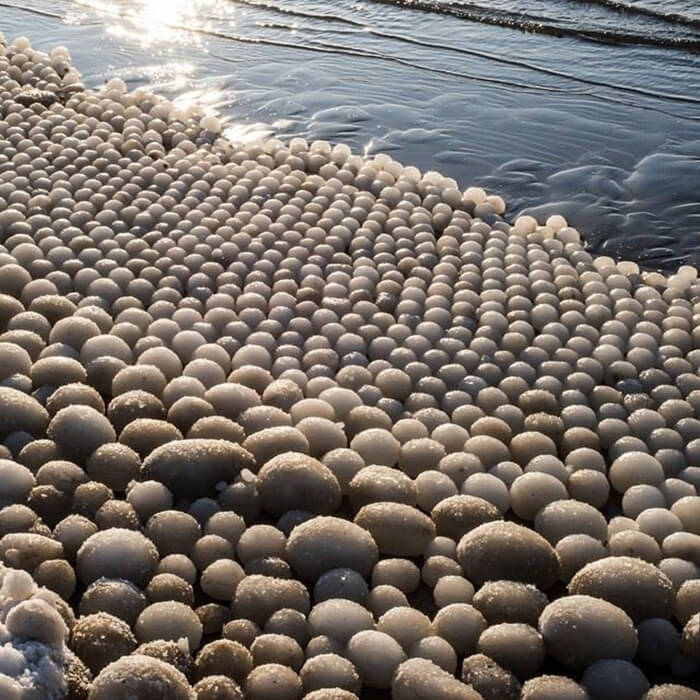 “That was an amazing view. I have never seen anything like this during 25 years living in the vicinity,” stated Mr Mattila.

BBC Weather specialist George Goodfellow said circumstances needed to be cold and a bit breezy for the ice balls to form their unique ice shapes.

“The general picture is that they form from pieces of the larger ice sheet which then get jostled around by waves, making them rounder,” he said.

“They can grow when seawater freezes on to their surfaces, and this also helps to make them smoother. So the result is a ball of smooth ice which can then get deposited on to a beach, either blown there or getting left there when the tide goes out.”

Comparable sights have been described before, including in Russia and on Lake Michigan near Chicago.

In the year 2016 residents of Nyda in Siberia found giant balls of ice and snow comprising an 18km (11-mile) stretch of coastline.

They varied from the size of a tennis ball to about 1m (3ft) across.

Although relatively rare, these ice eggs form similarly to sea glass or shaped stones that wash up on the shore, said BBC Weather specialist George Goodfellow.

Pieces of ice break off from more extensive ice layers in the sea and either catch a ride to shore on the incoming tide or get driven in by gusts of wind at the water’s surface, he revealed.

Waves pound the ice chunks as they travel, slowly eroding their jagged edges into even curves. Seawater sticks and freezes to the forming eggs, making them grow like snowballs do as they roll over the ground. 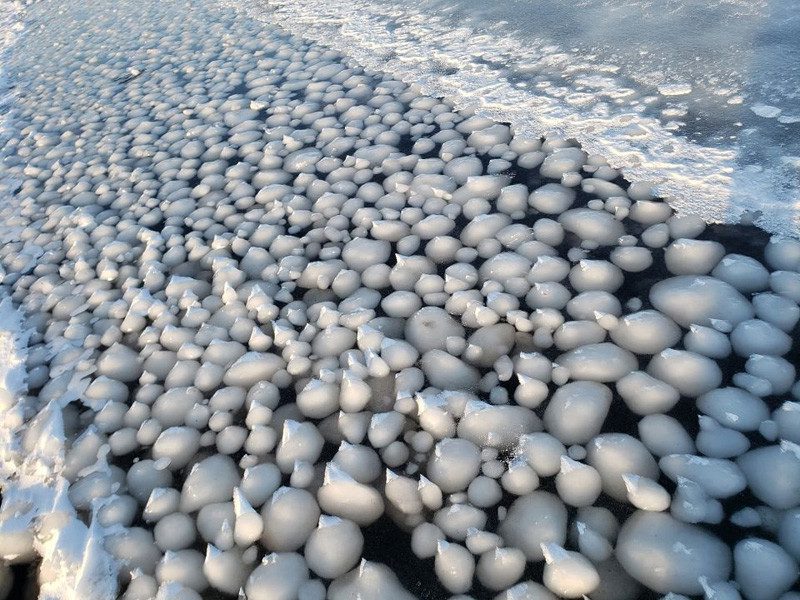 Once the ice chunks reach the shore, hammering waves tend to buff out any lingering kinks on their outsides, leaving behind nothing but smooth and shiny “eggs” for interested tourists to fall upon.

Adapted from an article: https://www.bbc.com/news/world-europe-50338447 and https://www.livescience.com/ice-eggs-in-finland-beach.html

How Does A Tornado Form?

CATS, DOGS and other FUNNY ANIMALS for even better HOLIDAYS!

How Does A Tornado Form?