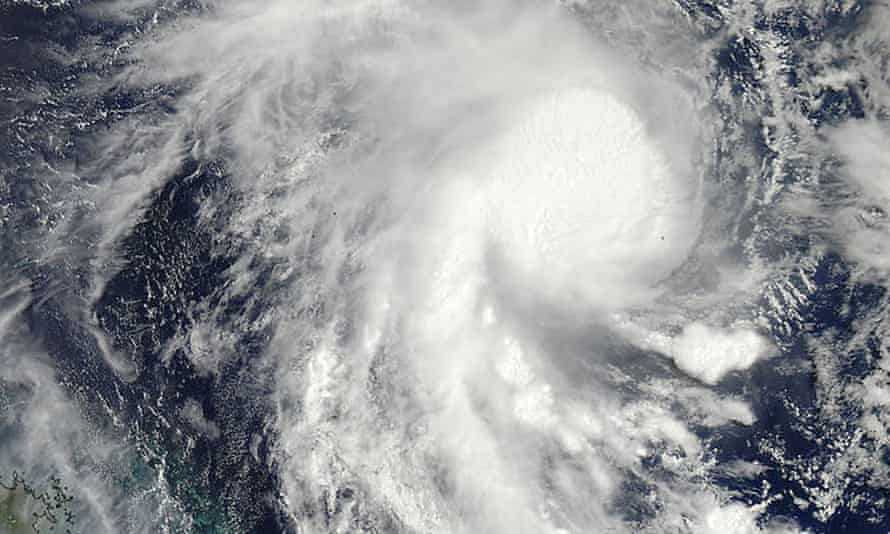 Severe Tropical Cyclone Marcia passed over the coast at Shoalwater Bay (north northwest of Yeppoon) through the morning of 20th February 2015. Marcia traversed the coast at category 5 intensity in a mainly uninhabited area.

However, significant damage was registered at Yeppoon and Rockhampton as the system weakened after reaching landfall.

The tropical low that ultimately became severe tropical cyclone Marcia was first classified in the Coral Sea on Sunday, February 15th 2015. Marcia was traced over the next few days as it drifted eastward with limited variation in intensity (Image 1).

Throughout the afternoon of Wednesday, February 18th, the low-pressure system attained tropical cyclone intensity. It was named Marcia before starting to move towards the southwest.

Tropical cyclone Marcia continued to strengthen during February 18th and was assessed to have reached category 2 intensity by that night.

This development in intensity is well above the average intensification speed for tropical cyclones anywhere in the world.

On February 19th, in the late afternoon, Marcia made a sharp turn towards the south and strengthened even further. It was calculated to have reached category 5 intensity at 4 am on Friday 20th February (Image 2.)

Before landfall in the early hours of February 20th, the automated weather station on Middle Percy Island reported a maximum sustained (10-minute average) wind speed of 84 knots (156 km/h) and a maximum wind gust of 112 knots (208 km/h), or the equivalent of a powerful category 3 system.

This weather station was found west of tropical cyclone Marcia’s core and would not have encountered the cyclone’s maximum winds in its eyewall. At that time, intensity estimates gathered from satellite imagery showed Marcia was a category 5 system at its core.

High-resolution radar imagery shows that Middle Percy Island was placed just outside Marcia’s eyewall (represented by the strong reflectivity yields near the centre of the system).

Based on all the evidence gathered and a detailed reanalysis of satellite and cloud imagery, severe tropical cyclone Marcia passed over the coast at Shoalwater Bay (north northwest of Yeppoon) as a category 5 system at around 8 am AEST February 20th.

As Marcia moved over land, the town of Byfield sustained major damage, as did the surrounding pine forest plantations.

Yeppoon also experienced significant damage with the automatic weather station registering a maximum sustained wind speed (10-minute average) of 65 knots (120 km/h) or the equivalent of a class 3 system. The category 4 centre of Marcia crossed to the west.

Marcia’s eye passed over the centre of Rockhampton, where a maximum wind speed (10-minute average) of 40 knots (75 km/h) was registered at the automatic weather station at Rockhampton Airport.

A review of radar imagery indicated that the strongest part of the eyewall missed the automatic weather station. It is assumed that parts of Rockhampton encountered winds of high-end category 2 strength.

Marcia then turned to the south-southeast and struck the town of Biloela early that evening, where wind gusts to 85 km/h were reported.

Tropical Cyclone Marcia was downgraded to a tropical low at 2 am Saturday 21 February, positioned to the south of Monto. The low tracked further southeast on 21 February and crossed the Sunshine Coast back out to sea at 3 pm 21 February.

The section of Shoalwater Bay, where Marcia made landfall, had widespread areas of uprooted trees and an indication of storm surges and beach erosion, especially along the coast north of Yeppoon.

The Shoalwater Bay Training Area (SWBTA) is utilised for military training exercises by the Australian Defence Force and, as a consequence, is largely isolated with limited buildings. Marcia’s eye passed directly over Townshend Island (Image 2) inside the SWBTA and experienced the full force of winds at category 5 strength.

Aerial photography taken very soon after Marcia’s passage shows almost total defoliation of trees on Townshend Island. Access to the area is limited, but permission to enter the area was given to a team of Bureau of Meteorology and Queensland Department of Science, Information Technology and Innovation (DSITI) employees on the 8-9 March 2015. 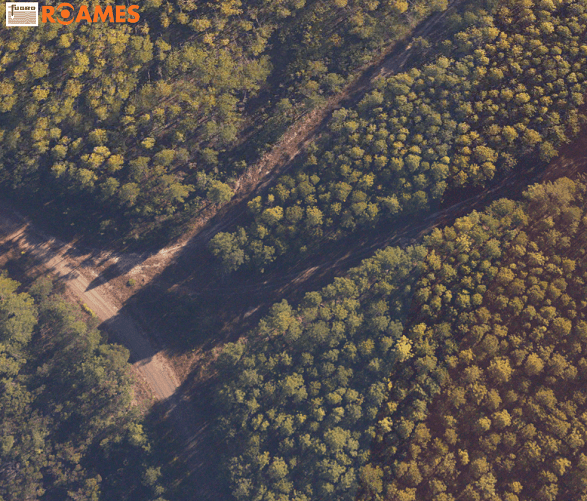 Pearl Bay’s coastline obviously shows extensive tree defoliation and soil erosion as it encountered the outer edge of the very destructive wind core produced by Marcia at its maximum intensity just before landfall.

There was architectural damage to houses, uprooted trees, downed power lines and confirmation of a storm surge in other parts of the Capricornia district, including (but not limited to) the cities of Byfield, Yeppoon and Rockhampton.

A large storm surge was registered across the Capricorn coastline, with significant beach erosion and architectural damage impacting Great Keppel Island in particular (Symbol 9). Luckily, Marcia’s storm surge along the coast near and south of Yeppoon corresponded with a falling tide. It did not produce notable inundation or damage.

The DSITI storm tide gauge at Rosslyn Bay reported a storm surge of 0.6m generating a storm tide height of only 0.06m over the highest astronomical tide (HAT).

There was, however, proof of significant erosion and large sediments of pumice stone characteristic of much higher water levels being reached on shores to the north of Yeppoon between One Mile Beach and Farnborough Beach, and especially at 9 Mile Beach.

The DSITI storm tide gauge at Port Alma saw a storm surge of 2.0 metres. In contrast, the wave rider buoy at Emu Park registered a significant wave height of 4.1m and a peak height of 7.0 metres, with waves originating from the northeast and a peak period of 9 to 10 seconds.

The heaviest rainfall was reported over the Don and Dee Rivers and Callide Creek in the Fitzroy River catchment area. Up to 300 mm of rainfall was registered in 6-8 hours during the afternoon and evening of 20 February as tropical cyclone Marcia trailed through the region.

Flooding above the major flood level occurred in the following basins:

Mammatus Clouds – What Are They & How Do They Form...