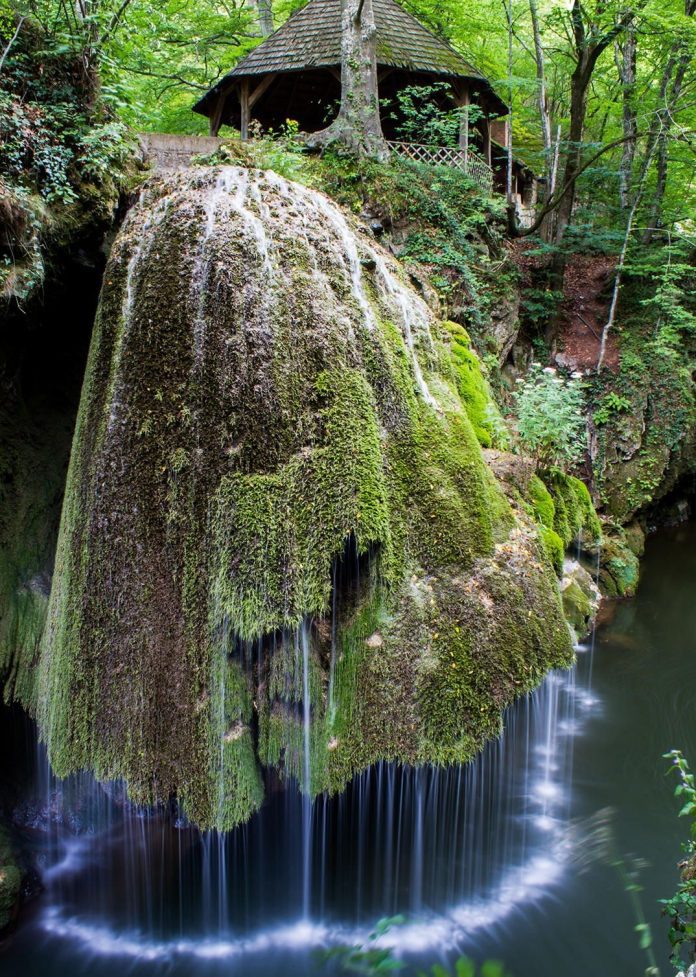 Where Are The Bigar Waterfalls Located?

The Izvorul Bigăr is positioned at the south-west border of the country, in the south of the Anina Mountains (a collection of mountains incorporated in the Banat Mountains), in Caraș-Severin County, on the upper Anina River, in the Cheile Nerei-Beușnița National Park.

Izbucul Bigăr with a distance of 175.60 ha was listed a natural protected zone in 2000
Bigăr is one of the most unusual waterfalls in the world and one of the most beautiful in Romania.

According to The World Geography, several facts place her as number one on the list of 8 unique waterfalls around the world due to the direction the water spreads and falls in tiny fragments of water, and also the fact that it is positioned precisely on the 45th parallel north, at the halfway point separating the Equator and the North Pole. 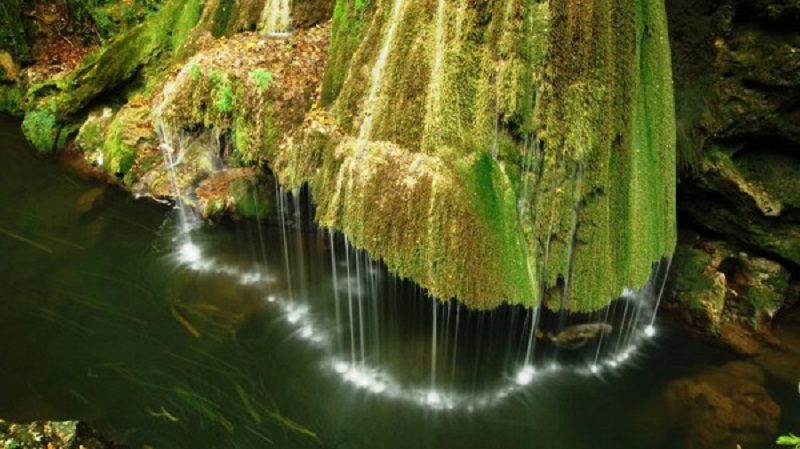 The small Bigar Waterfall was swiftly moved from its off the beaten track isolation in 2013. The World Geography set it in the first position of its 8 Unique Waterfalls Around the World guide. From that instant on, this moss-covered waterfall grew to become the most famous attraction of Caras-Severin, one of Romania’s most beautiful counties.

Inside Caras-Severin County, in Romania’s westerly part, the amazing Bigar Waterfall is so beautiful it is even described as “the miracle from the Minis Canyon” by the locals.
Found in the Anina Mountains on the Mini River, the rounded waterfall is approximately eight meters high.

It falls over an unusual and dramatic growing carpet of moss. Unlike numerous roaring falls, this waterwork flows over the summit of a fat, rounded stone. It is redirected into a sheet of countless small streams that arise from the bottom of the rock which extends out over the basin beneath. 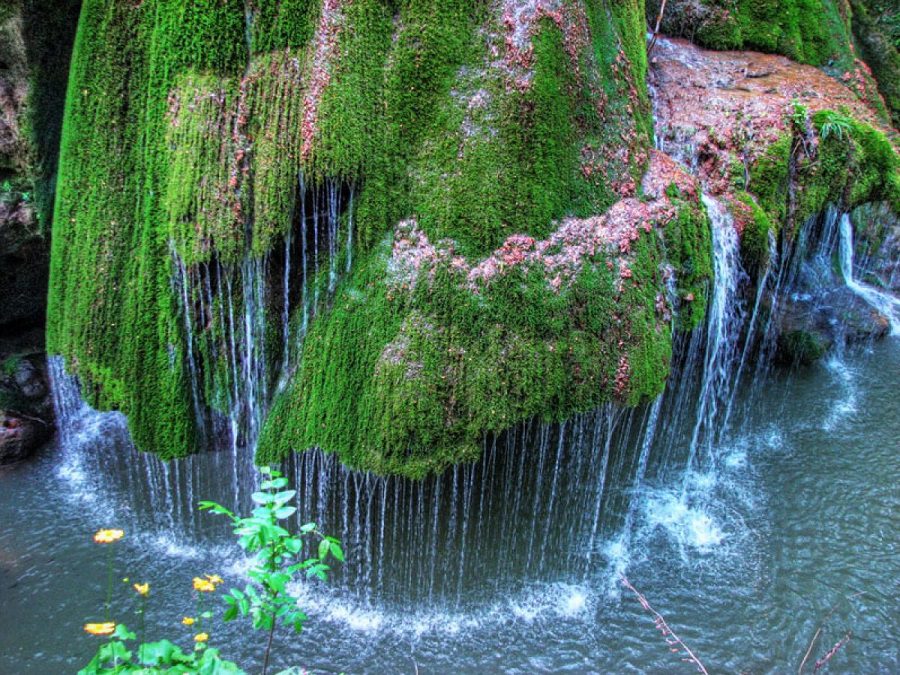 The site’s mysterious beauty even won it a place as the number 1 interesting waterfall in Romania.

Bigar Waterfall was named many on many occasions as one of the most beautiful waterfalls in the world. Bigar Waterfall has, for two years, a specifically designed tourist route, to be toured safely by the tourists.

It is positioned near the town of Bozovici, in Caras-Severin county. It has grown to become one of the main tourist attractions of the Nerei-Beusnita National Park, having one of the world’s most spectacular waterfalls.

In first place, the World Geography ranked Bigar Waterfall in ranking the most beautiful waterfalls in the world, made in 2013. 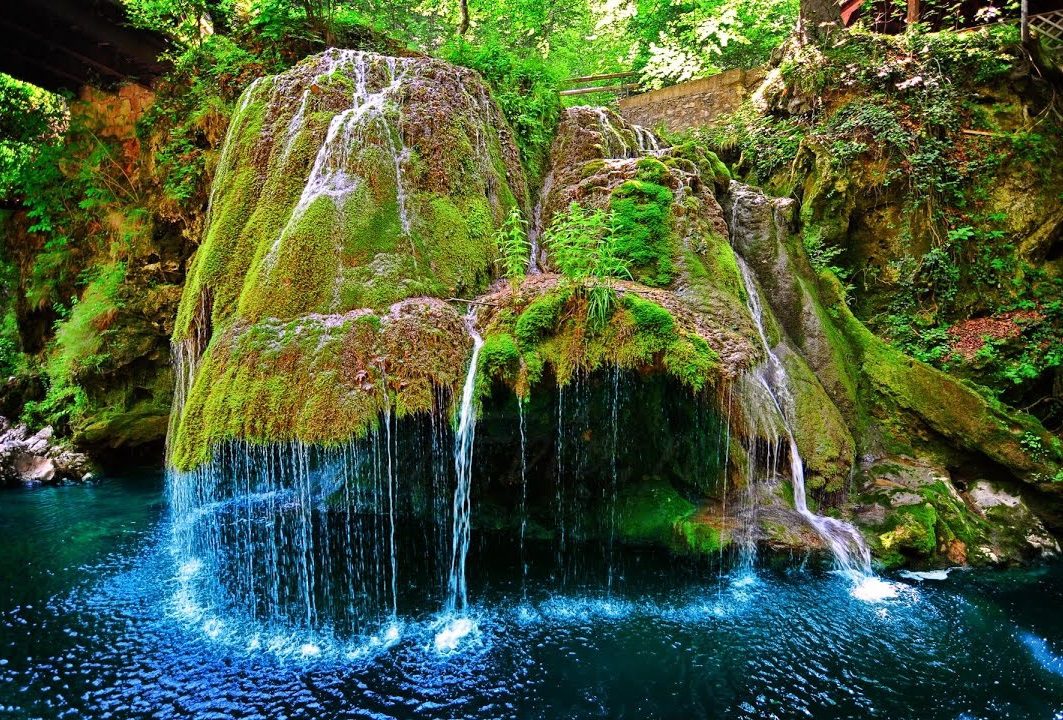 The Coca- Cola HBC Timisoara factory employees have decided to invest in Bigar Waterfall development because they have seen the tourist potential. They also wanted to access the Bigar Waterfall to be much more comfortable and safer for tourists.

On May 26, 2017, Bigar Waterfall unlocked its gates for enthusiastic tourists about nature and beauty. Before opening, the arrangements needed at least ten months.

The works commenced in 2016 to develop a well-made route for tourists, beginning with access to Bigar Waterfall and extending next to the other tourist attractions near the waterfall.

What Enhancements Have Been Created For The Waterfalls?

With the help of several personalities, Bigar Waterfall has attained significant influence in social media and mass media. In 2017, Bigar Waterfall, besides drawing thousands or even tens of thousands of tourists, won 2 silver prizes at the Romanian PR Awards. 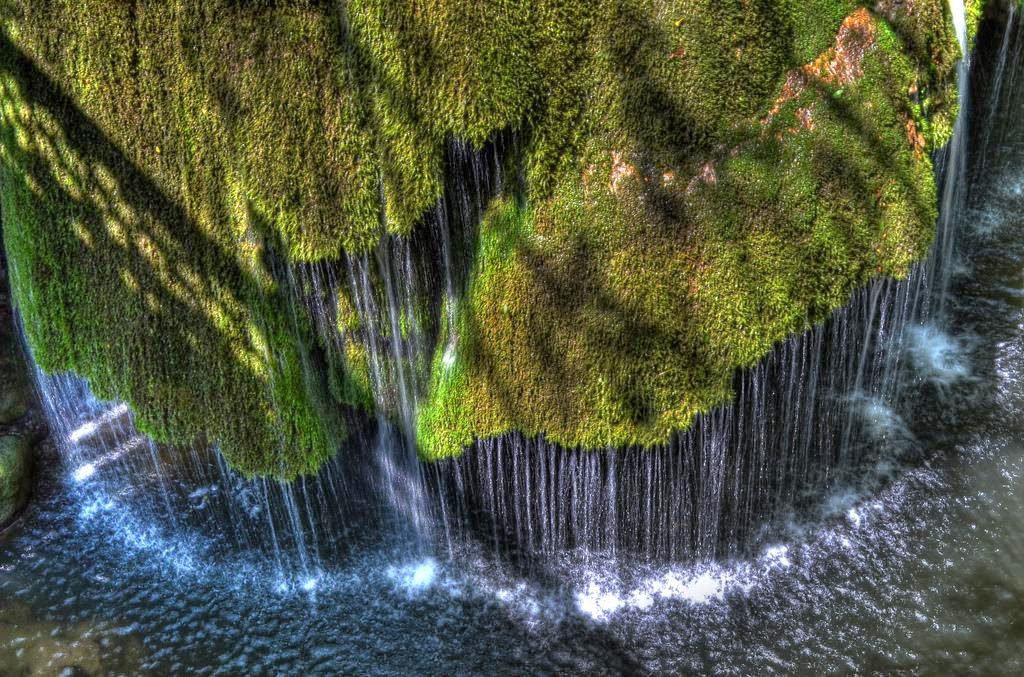 Bigar Waterfalls – One Of Romania’s Most Beautiful Destinations

Fifty thousand tourists toured Bigar Waterfall amid 2016 and 2017, and between 2017 and 2018, the number of tourists was 100,000. So, the number of tourists duplicated just one year after the investments made in the area. The most notable flow of visitors was recorded within June 1 and June 6, 2017, shortly after completing the works of planning the location.

Bigar Waterfall is a genuine nature monument and a valuable tourist destination for Romania. 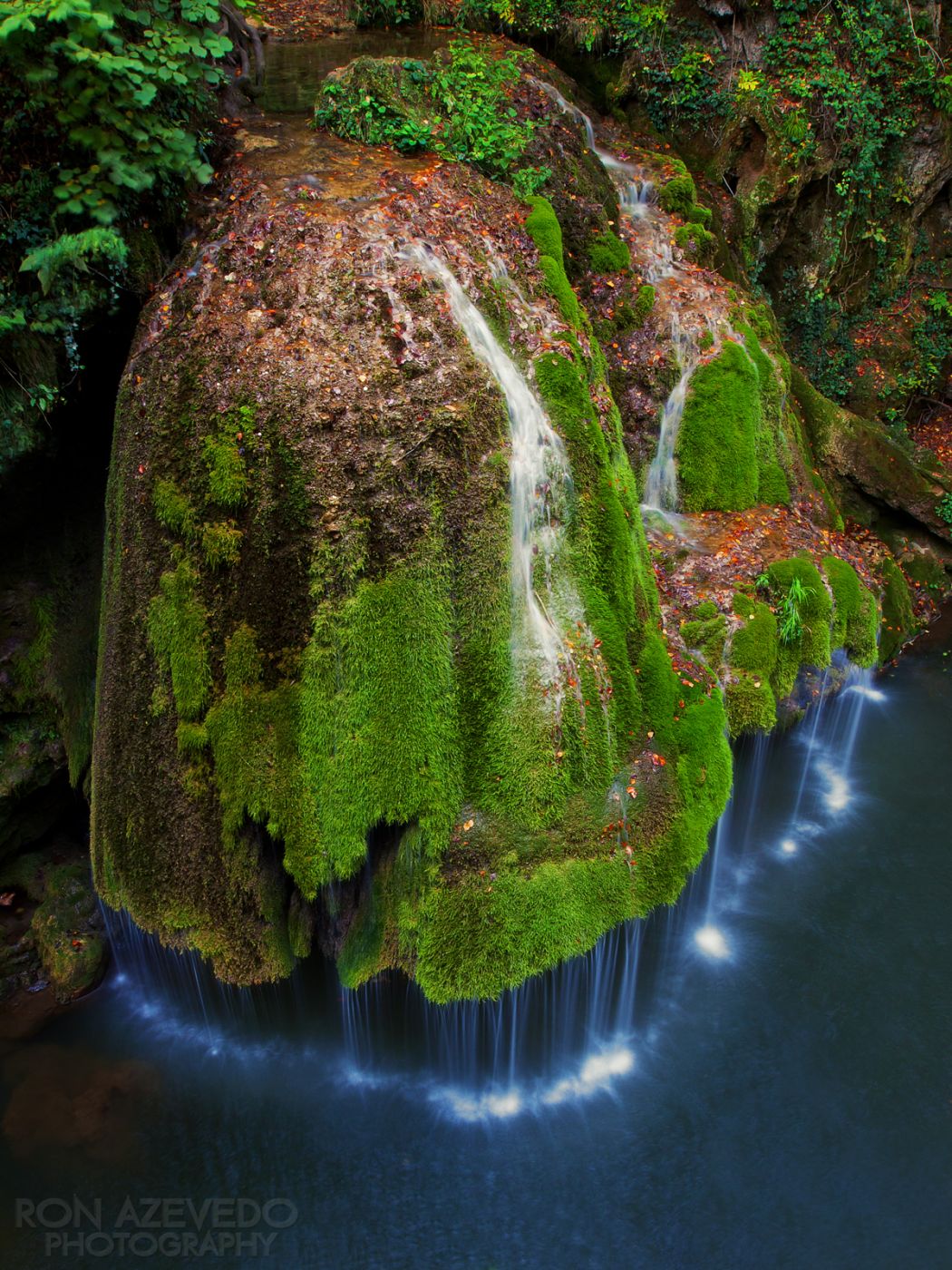 How The Waterfall Got Its Name Through Folklore

For a long time, a family of worker farmers existed on the beautiful lands of the Almajena Valley, whose only pain was the need of a descendant, who would further carry their name.

One evening, the woman was revealed in a dream a witch, who told her that only if she sipped water from the spring below the rock, a girl would be born. Nevertheless, she would never be permitted to fall in love if she would desire to live.

The woman travelled to the spring, sipped water and, not long after, she gave birth to a little girl, as the witch declared to her in her dream.

The girl was a virgin desired by all the boys of the land, charming every person around her, but her heart was yearning for a single boy named Bigar. 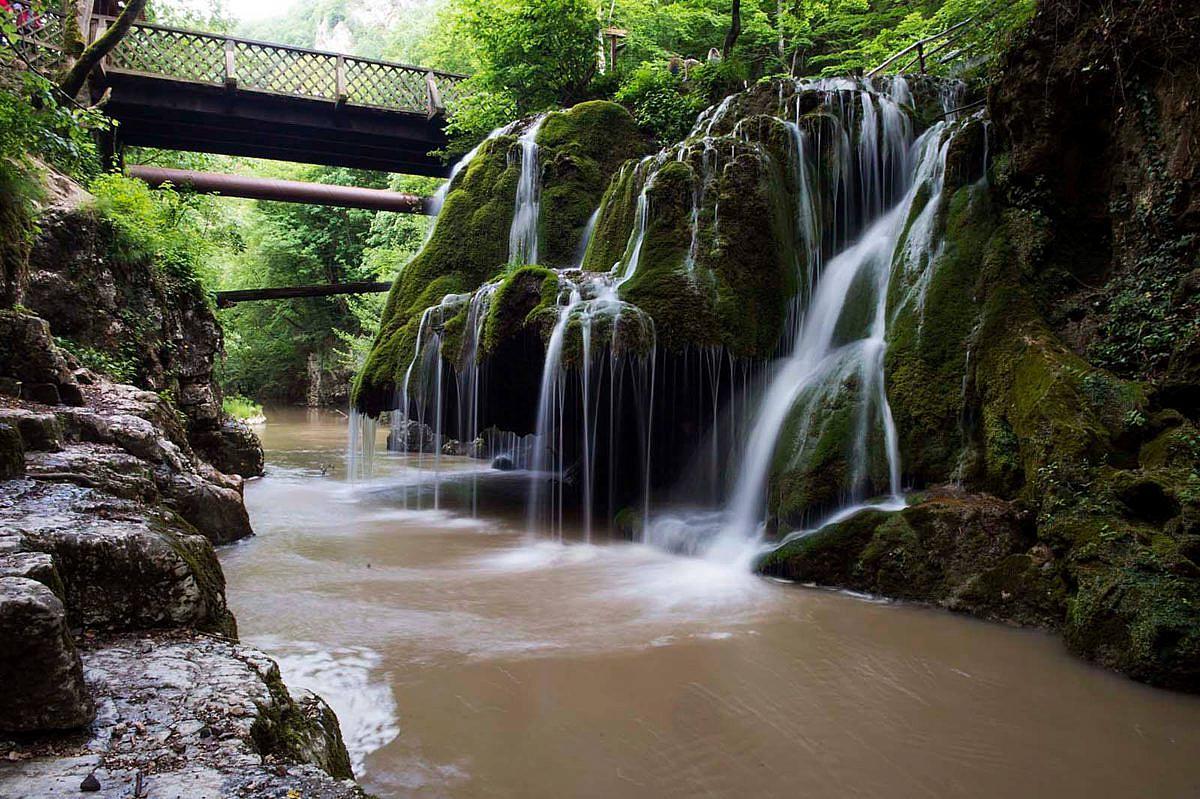 Sensing the danger of death, the girl’s father barred her in the cave over the spring connecting the worlds. The virgin’s cries of despair were overheard by the witch, who murmured to her that the only thing she can do for her was to change her hair into a waterfall that would tear her tears.

Then, she said to her that the waterfall’s noise would draw the one she loves near her, but they will never live together in this life. He will have to die drowned in her tears, and she will die beside him, to be reborn later, in the other life, in the “Land of the Return of Grief”.

All occurred just as the witch had predicted. The waterfall attested to the love of the two young people, who defeated the human being’s limits and who show us that love implies happiness and sacrifice. 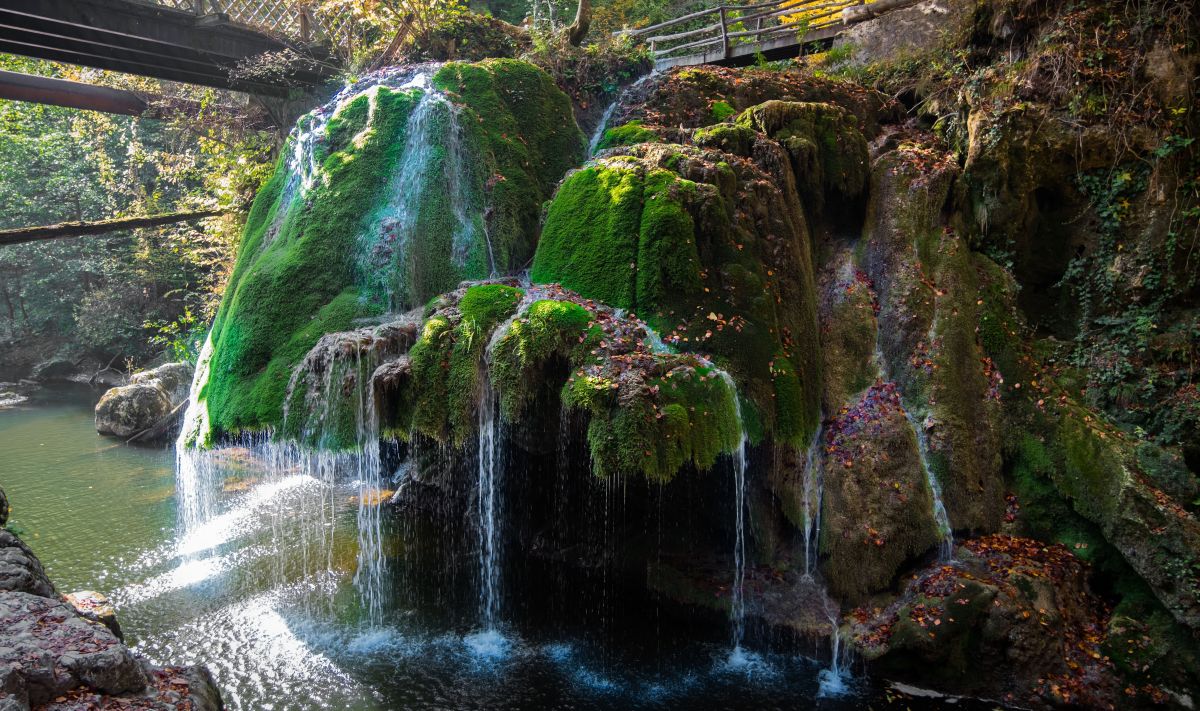 The Water of Bigar Waterfall is Rich in Limestone.

When the water collected in a karst void reaches the level of the elbow of the siphon, it suddenly comes to the surface. A short distance from the spring, the limestone-rich water flows into the Minis river, from a rock covered by moss, forming a limestone tuff cascade.

Cave of the Crystals – Naica Mine